An Earth where Lands and Oceans have the same inverted shape

Two Focus or Fixed Points: One in India (Kakinada) and the other in Venezuela (Caracas)

This is a map that takes some time to get your head around; quite literally, because to appreciate it fully, you need to consider it both with its north side and its south side up...

And what do you know? There is no right side up -- or rather: there is no wrong side up. For this is a planisphere palindrome, a planet-chart that can be 'read' the same way 'upside up' and upside down. This is very strange. The size and distribution of the world's continents and oceans is random, the result of millions of years of continental drift. That process is still ongoing: the way the world looks like on our maps is but a snapshot, even if it feels like an eternity from our human perspective.

It would seem impossible to find a pattern with global consistency in that random jumble of land masses and water bodies. A map showing the overlap of antipodean dry lands doesn't seem to indicate any, at least. But the Italian artist Giacomo Faiella did find such a pattern. 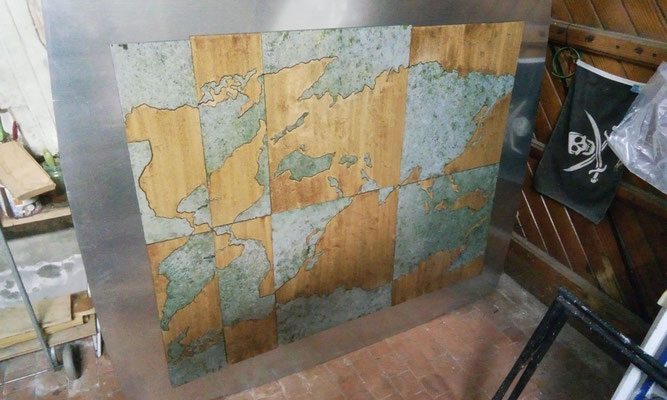 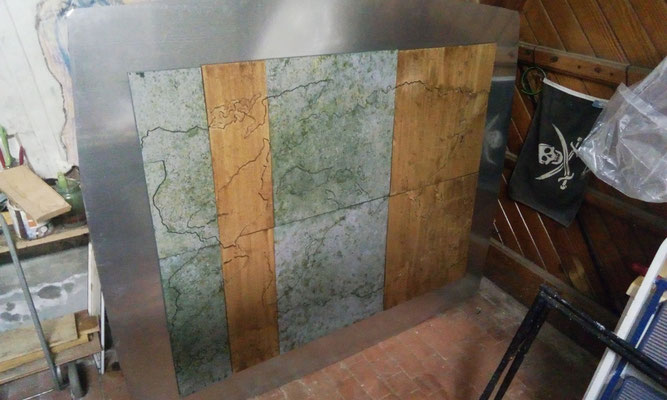 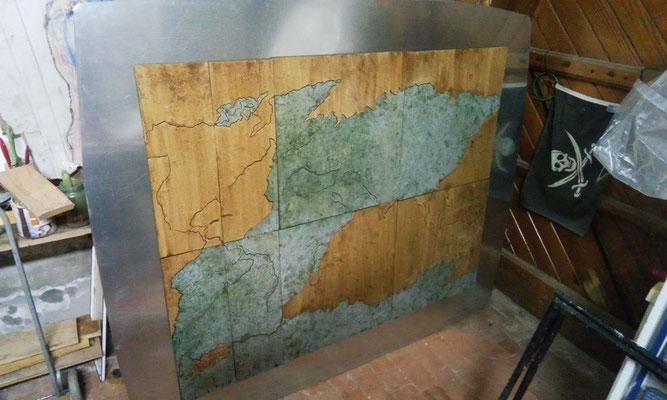 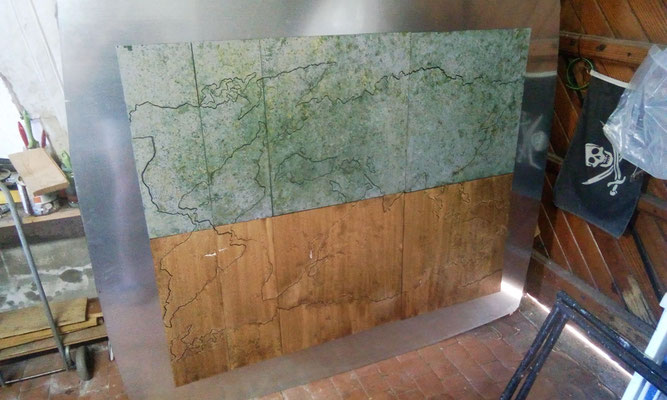 Some Links about this map

An earth where the antipodal points are 100% land-sea

An Earth where the Eastern and Western emisphere are equal

Here are a few curiosities (when you rotate the "hemisphere"):

1) Washington DC can be found in Iran!

2) In this map the term "American-Indians" would be justified...rather than an explorer's mistake :)

3) "Afro-americans" could be the Africans living in Brazil...rather than in the US

S America in the N Hemisphere

An approximation of principal fixed points

This map was created using the dynamics of a three-dimensional sphere that has been opened to form a two dimensional flat surface.

I started by drawing the coastlines directly onto the sphere. In some places I left the coastlines as they were because they already fit together perfectly (a famous example of this is the match between the coastlines of Africa and South America). In other places I had to somewhat force these matches.

On my finished map, when the sphere is closed and complete, all of the continents fit together perfectly, like pieces of a puzzle. There aren’t any gaps between them and there aren’t any oceans. The Hadean Eon geological period proto-Earth was probably much like this.

When I cut along my coastlines and opened the sphere, the continents fanned out into a position similar to that of an Azimuthal map projection. The gaps that were generated between the continents had a total area comparable with that of the present-day oceans. The resulting surface, however, still had bulges so I decided to cut along the principal rivers in order to flatten the two dimensional map. As I "opened up" the valleys, I was surprised to see the formation of mountain chains.

This PangaeaHedron - Dimensional Drift map is still work in progress. My intention is to create a sphere or multi-faceted polyhedron which can be easily opened and closed. I hope to show, in true Pataphysical style, continental drift theory and the formation of rivers and mountains in the transition from a three-dimensional solid form to a two-dimensional flat form. 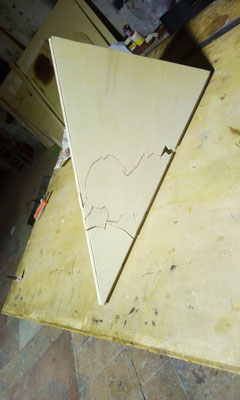 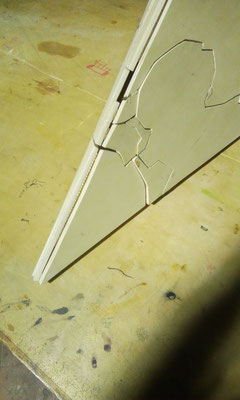 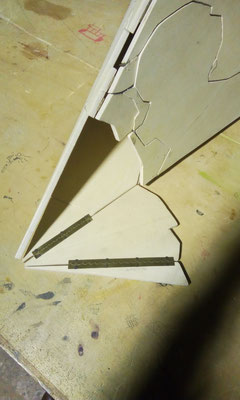 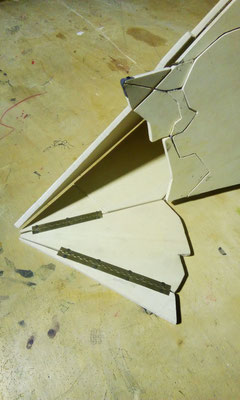 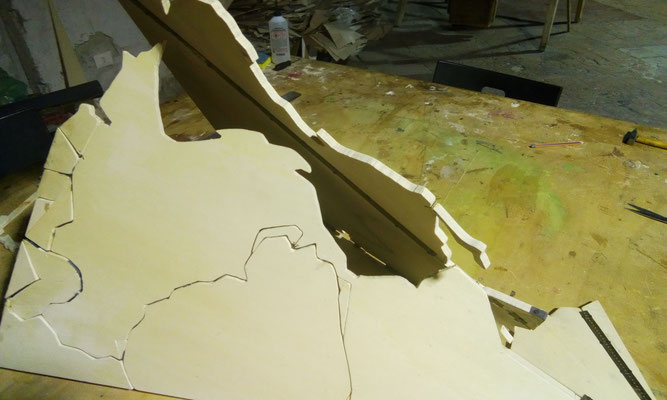 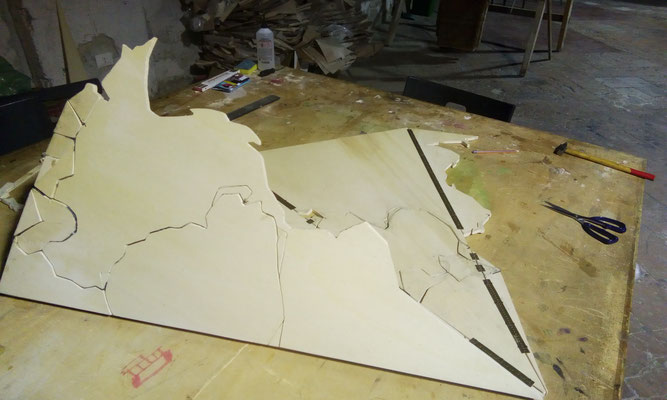 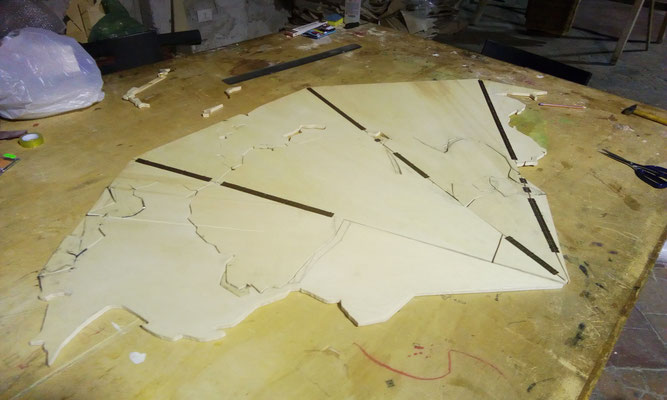 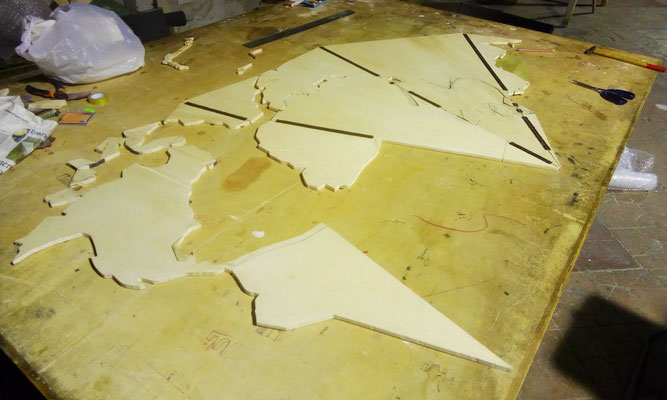 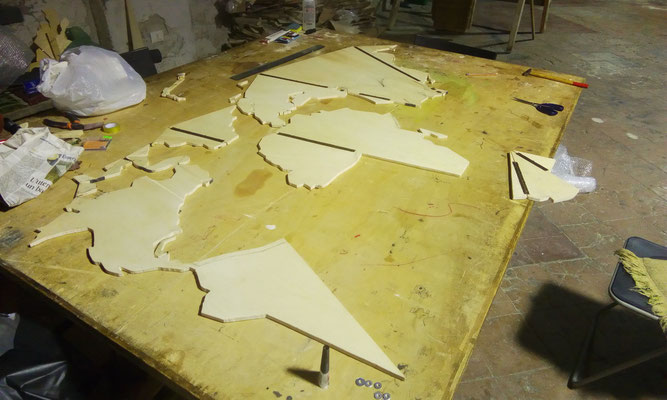 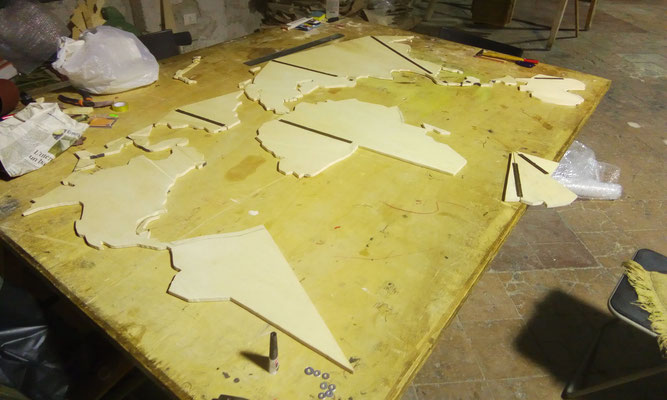 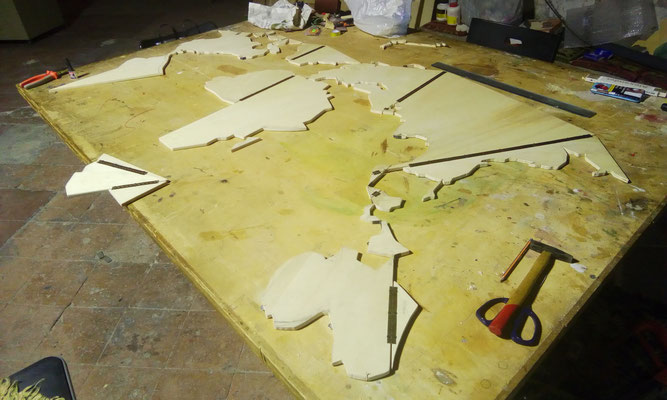 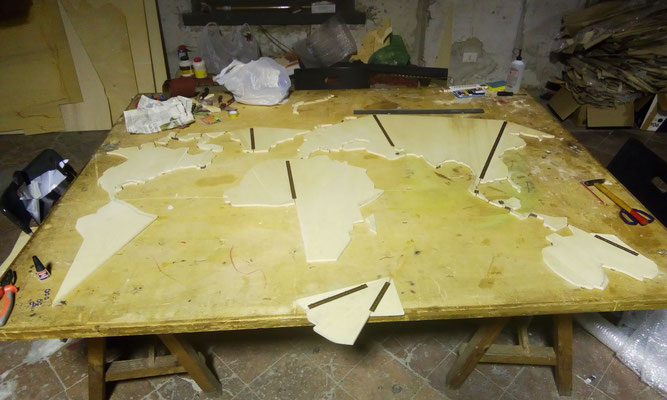 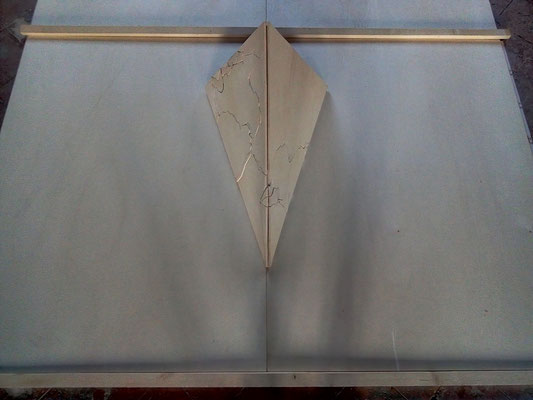 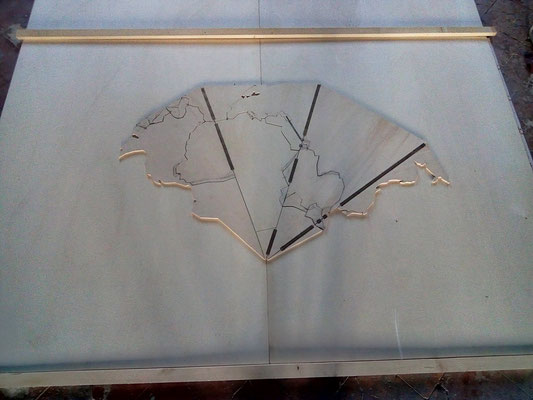 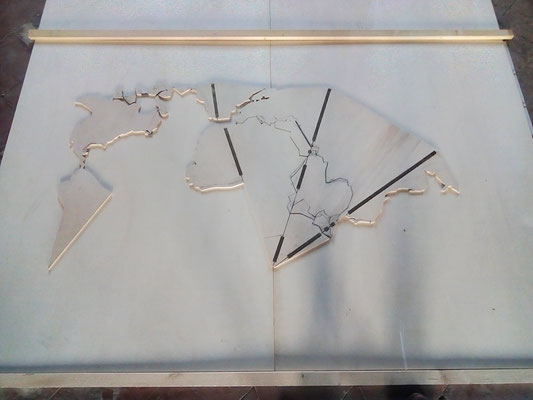 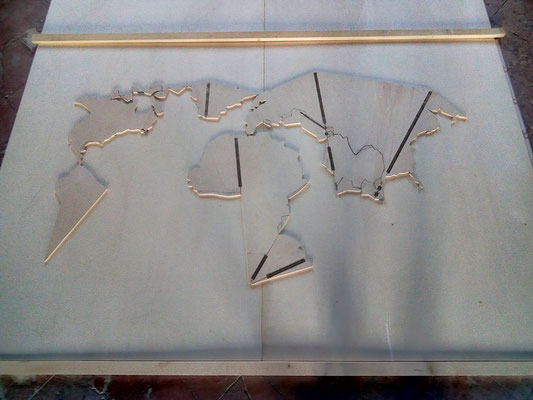 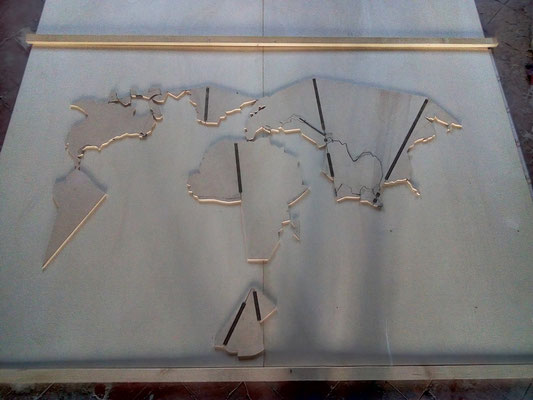 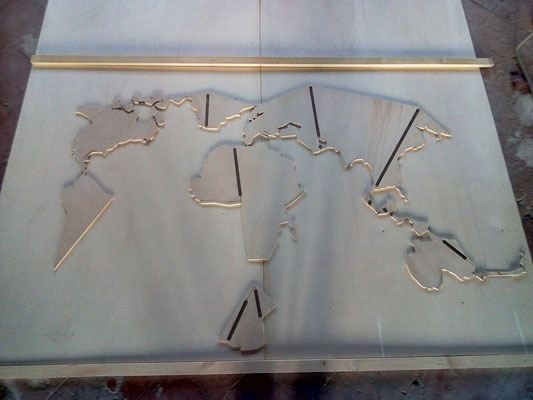 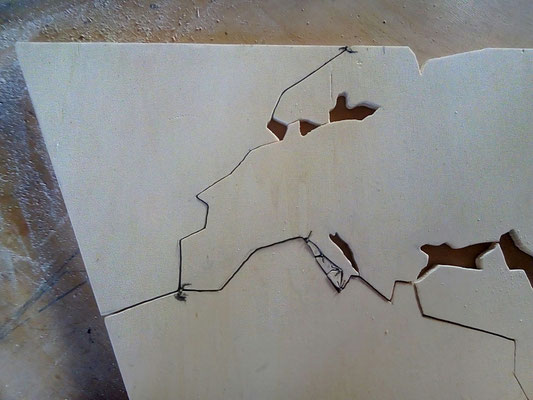 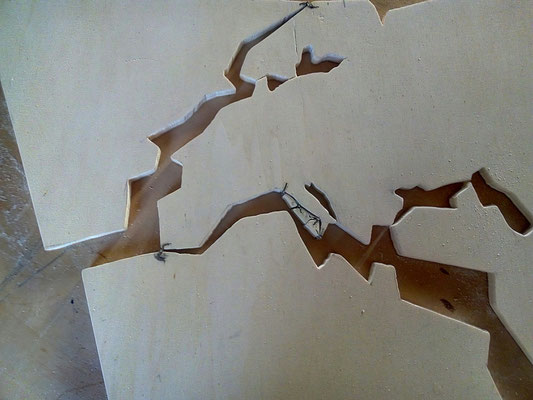 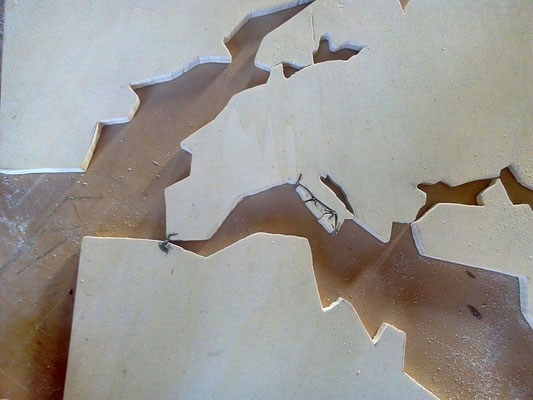 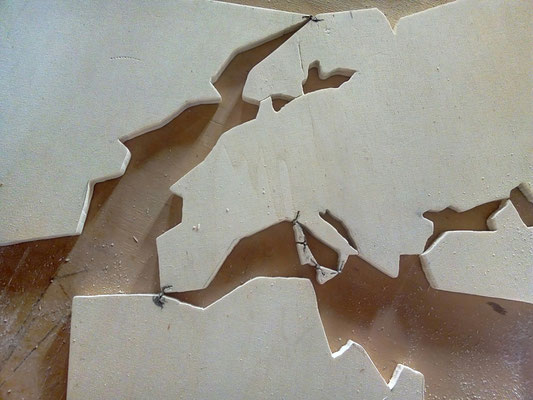 An Earth where the Seabed resembles the Continents

The Floor of the Oceans looks like the continents

Are you a 3D designer?  Video maker? D3.js expert?... If you like the idea of further developing these imaginary worlds , contact me!

"...Pataphysics will examine the laws governing exceptions, and will explain the universe supplementary to this one; or, less ambitiously, will describe a universe which can be - and perhaps should be - envisaged in the place of the traditional one..."